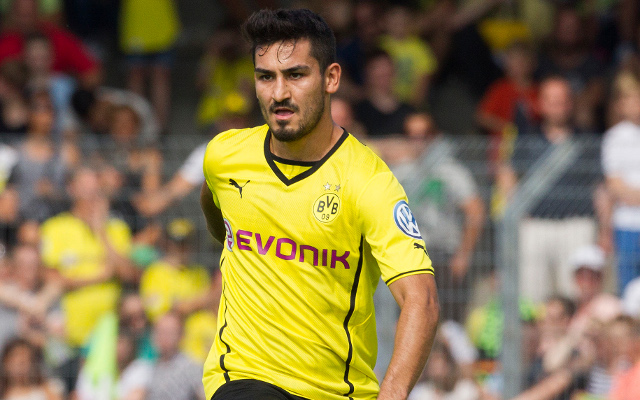 Borussia Dortmund midfielder Ilkay Gundogan has revealed that he would love to play in the Premier League, a statement that is likely to have a number of top clubs pondering a move for the midfielder, according to the Manchester Evening News.

The 24-year-old has only recently returned from a lengthy injury, but with Dortmund’s domestic struggles this season he confessed that he would love to make a move to a top Spanish or Premier League club.

Gundogan is reportedly a target for Louis van Gaal’s Manchester United, so the club are sure to be on alert after his latest comments.

Kevin Strootman is believed to be van Gaal’s top target, but Gundogan would still vastly improve a shaky United midfield.

The German international claims injury has ruined his career thus far, with a move to Real Madrid halted after he was sidelined for 14 months.

“Real Madrid made an offer for me but my club refused it,” he said.

“At the time I had two more seasons on my contract. But also, my injury wrecked everything. I couldn’t play for 14 months.

“Now I want to look forward and make up for lost time with sporting success.

“Playing outside Germany is one of my big goals. If one day I leave here, I’d like to play in Spain or for one of the big teams in England.”

He is now looking to get himself back on track, with a view to making a big move abroad eventually.