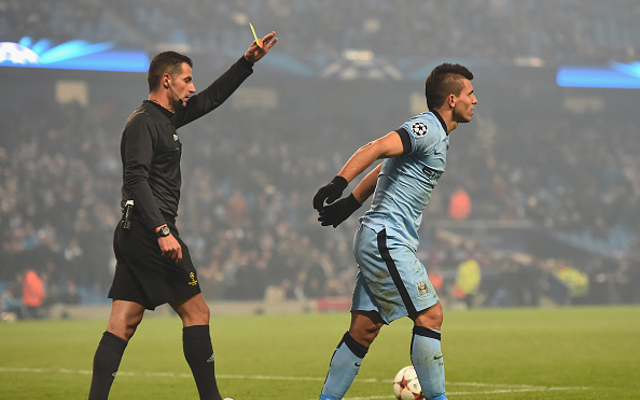 Manchester City could be facing an injury crisis ahead of their Champions League clash with Bayern Munich at the Etihad on Tuesday, with Sergio Aguero & Edin Dzeko missing training…

Manuel Pellegrini could be facing a serious problem as his side host Bayern Munich in the Champions League, with a number of key stars missing training this morning.

Beating Bayern Munich was always going to be a tough task for Manchester City, but it would be that much more difficult without a recognised striker leading the line.

Respected journalist David McDonnell of the Mirror revealed on twitter that Sergio Aguero, Stevan Jovetic, and Edin Dzeko all missed training this morning, fuelling speculation that the trio could be out injured for their crunch Champions League clash tomorrow evening at the Etihad.

Aguero, Silva , Kolarov, Jovetic and Dzeko did not train with Man City this morning. Full story on @MirrorFootball#MCFC

Aleksander Kolarov and David Silva were also absent, but while the pair would also be hugely missed, the most pressing concern is City’s lack of options up front.

The news already seems to have been echoed by other journalists around twitter, and with Manchester City doing so poorly in Europe once again they can’t afford to drop more points against the Bundesliga side.

#MCFC are training the day before crucial game with Bayern without a striker. Aguero, Dzeko and Jovetic all missing first team session