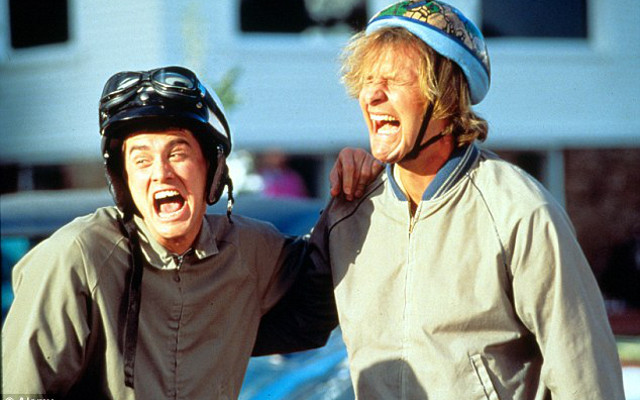 Sky Sports reporter out of his depth amongst Hollywood heavyweights.

They’re not the first people you’d think of as Arsenal fans, but this weekend Hollywood actors Jim Carrey and Jeff Daniels took in a game at the Emirates where they saw Arsene Wenger’s men take a 2-1 beating at the hands of Manchester United.

However, Daniels managed to namecheck Jack Wilshere as his man to watch ahead of kick off, whilst Carrey was more interested in showcasing the new chant he’d come up with before pointy telling Shreeves to “don’t point that thing at me” when handed the mic.