Do you agree with our list of the definitive top 10 goalkeepers in history?

CaughtOffside counts down the ten greatest goalkeepers of all time, with legends from Manchester United, Real Madrid, Bayern Munich, Juventus and more. If you’d like to suggest someone who was left out, feel free to comment below!

Every day this week will be uploading our top ten lists. Make sure to come back at 11pm tomorrow evening, when we’ll bring you the top 10 defenders in history. 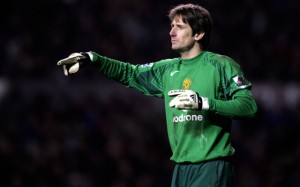