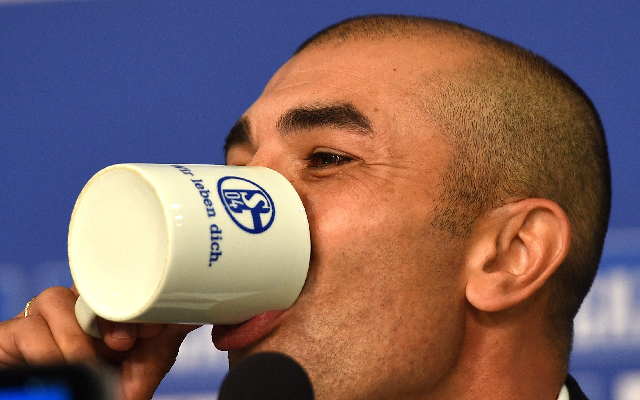 Mourinho is set to face the man who won the Blues’ only Champions League triumph to date.

Chelsea manager Jose Mourinho will come face-to-face with one of his predecessors in Gelsenkirchen tonight as the Blues face FC Schalke in a crucial Champions League group stage clash, with his opposite number Roberto di Matteo having left the club to their only Champions League victory.

Despite winning the competition twice as a manager, whilst with FC Porto and Inter Milan, the Champions League trophy eluded Mourinho whilst he has been in the Stamford Bridge hotseat and a certain amount of bitterness can be detected from comments reported by the Mail.

Mourinho initially seemed reluctant to answer questions about di Matteo and the club’s famous victory in Munich, but when pressed the Portuguese appeared to play down the achievement of the Italian and his patchwork team against huge favourites Bayern:

Whilst there is certainly an element of truth to Mourinho’s comments, with the Chelsea team under Andre Villas-Boas and Roberto di Matteo that season far from the most fluent in the competition, Chelsea fans are sure to be surprised to hear their current manager play down the significance of what was probably the greatest night in the club’s long and illustrious history.