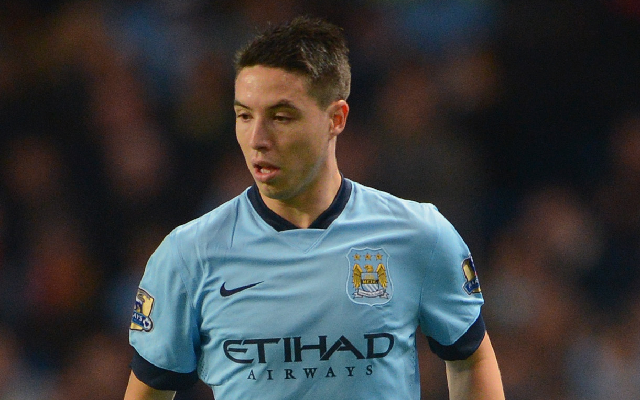 Manchester City star Samir Nasri claims that the future of the club would be in jeopardy if they crash out of the Champions League at the group stages yet again.

City have a real test on their hands this Tuesday night, with the Premier League side hosting Bayern Munich at the Etihad Stadium.

If they fail to beat the Bundesliga champions and the game between CSKA Moscow and AS Roma ends in anything but a draw, then Manuel Pellegrini’s side will once again be out of the Champions League.

Nasri believes that the club’s owner Sheikh Mansour is beginning to lose faith due to the team’s failures in Europe, and another disastrous exit this year could bring around massive changes.

“Let’s be honest,” the former Arsenal man was quoted by the Daily Express.

“That’s how it works when you play for a big team, a big club. You have to respond and show everyone you deserve to qualify.

“With the salary of every player and the level of those players – 90 per cent of the team is world class – not to qualify from the first round of the Champions League would be a huge blow for the club – and for us as well.

“It’s not enough to be top in your domestic league if you don’t do anything in the Champions League.”

Both Bayern and City have a number of injury and suspension problems at the moment, with key players such as Philipp Lahm, Javi Martinez, David Silva, and Yaya Toure missing.

The German side are unbeaten in their last 18 matches however, and look as dominant as ever. It will be a tall order for the Citizens to send the visitors packing, but all three points are vital if they are to have any hope of qualifying.