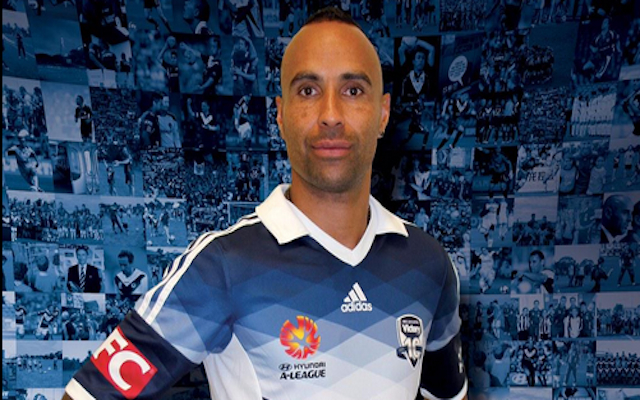 The Victory kit features the names of the first 100 players to feature for the club.

Australian A-League side Melbourne Victory have released its brand new 10th anniversary kit, which will debut at the club’s home game against Adelaide United on Friday.

The shirt features the names of the first 100 players to have featured for the Victory since its inception in 2005 on the lower half of the shirt.

Friday, we take on @AdelaideUnited in #TheOriginal rivalry. @10Archie shows off the kit for the clash #10YearsProud pic.twitter.com/0EuH9AE40m

Bayer Leverkusen Attacker Says He Wants To Finish His Career In Australia With Melbourne Victory Dec 30 2014, 7:55