Irish supporter gets permanent tribute to defensive colossus on his leg.

For one Irish football fan named Max Charles, John O’Shea’s face has taken on a whole new meaning after agreeing to have his face tattooed on his leg after losing a bet.

Fresh in the memory, Ireland recently recorded one of their best recent results when they held World Champions Germany to a 1-1 draw. Ireland levelled that match through a rare goal from John O’Shea, and that strike forced Charles to get the former Man United man’s face tattooed on his leg.

Charles, and his friend Vinny, both picked a player they thought would score next, with the proviso being that the winner got a tattoo of the goalscorer. Unluckily for him, his bet came through, but true to his word he stepped up and get inked. 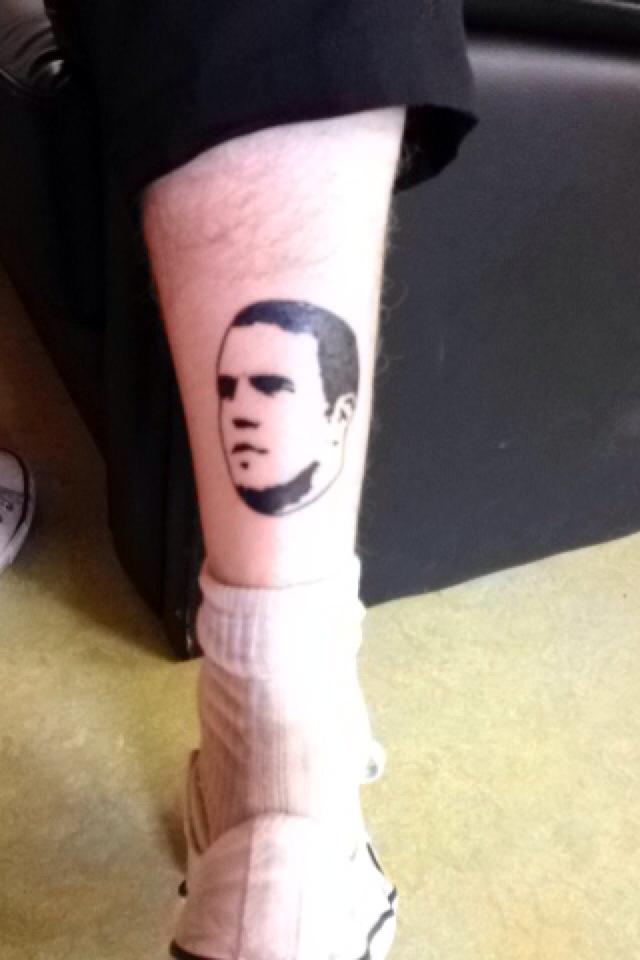