Who would get into a combined team chosen from these two European giants?

Manchester City host runaway Bundesliga leaders Bayern Munich this evening knowing that nothing other than a victory over Pep Guardiola’s side will be good enough to keep their fading hopes of qualifying for the knockout stages of the Champions League alive.

City did beat Bayern, in Germany no less, during the competition last season, but it would be a huge surprise if they could repeat the feat at the Etihad Stadium tonight. This is our combined XI from the two sides: 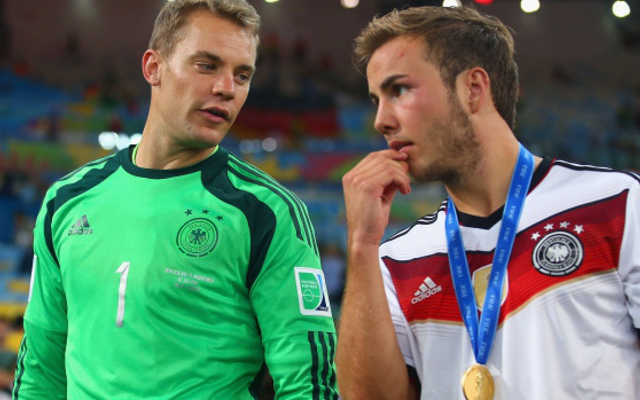 The German World Cup winner has well and truly proven himself as the best goalkeeper in the world since moving to Bayern from FC Schalke.