Everything Gunners fans need to know about their latest target.

With January on the horizon Arsenal will once again be linked with a plethora of new players, but will they sign what they really need – a defensive midfielder? This week has seen the club reportedly take an interest in Dinamo Zagreb’s Marcelo Brozovic, but who is he? Below we’ve compiled everything you need to know about the 22-year-old. 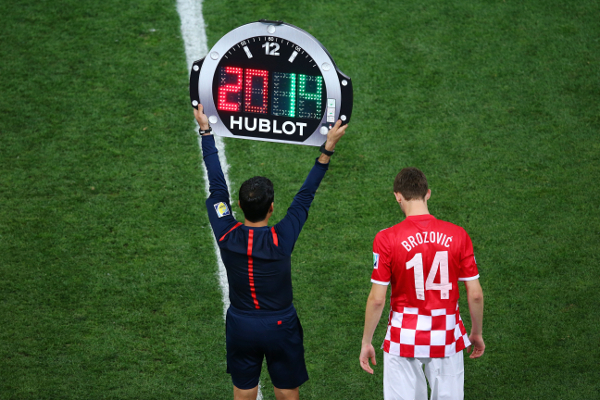 1. Despite being only 22, Brozovic has already racked up close to 150 appearances for club and country.

2. He made his league debut aged just 17 for his hometown team Hrvatski Dragovoljac, before making the move to Lokomotiva following his former side’s relegation.

3. Dinamo signed him in 2012 to replace Milan Badelj, who had signed for Hamburg, and was handed a seven-year contract as a testament to his enormous potential.

4. Brozovic has been capped at all levels for Croatia, becoming under-21 skipper before making his long awaited debut for the senior side in the 1-0 win over Australia at the 2014 World Cup.

5. He is being tipped to replace Luka Modric in the national side as the Real Madrid man faces time on the sidelines through injury.