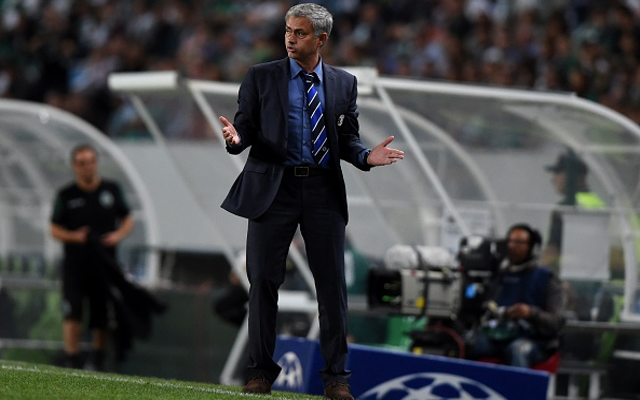 It seems like Vicente Del Bosque can’t leave him alone…

A feud between the pair began when Blues players Cesc Fabregas and Diego Costa pulled out of their national team squad for a friendly with Germany and a European Championship qualifier with Belarus just over a week ago.

The Spanish publicly doubted the severity of the pair’s injuries and this riled Mourinho, who hit back by claiming that the Spanish doctors had got it wrong and this in turn angered Del Bosque..

The spat has continued this week when the Spaniard was asked what he thought about Mourinho:

“We appreciate what a great coach he is, but I think that everyone must have their opinion of what happens in their own house,” said the World Cup winning coach.

Spain aren’t scheduled to play again until the end of March, meaning the two coaches now have time to calm down about the whole incident.