See how many Gunners made it into out combined XI…

Arsenal and Dortmund have both disappointed this season, with both sides racked by injury and failing to living up to expectations. Both sides are packed with talent however, and this combined XI is pretty fearsome, despite the injuries. 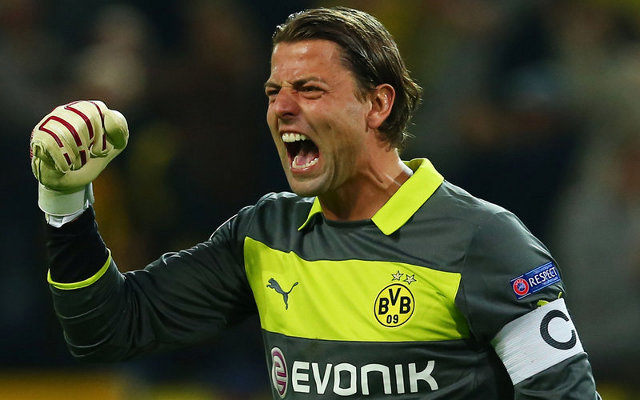 Szczesny is a fantastic keeper but just loses out to Dortmund keeper Roman Weidenfeller, whose fantastic consistency wins him the spot over the occasionally flaky Pole. Excellent shot-stopper and a leader from the back.