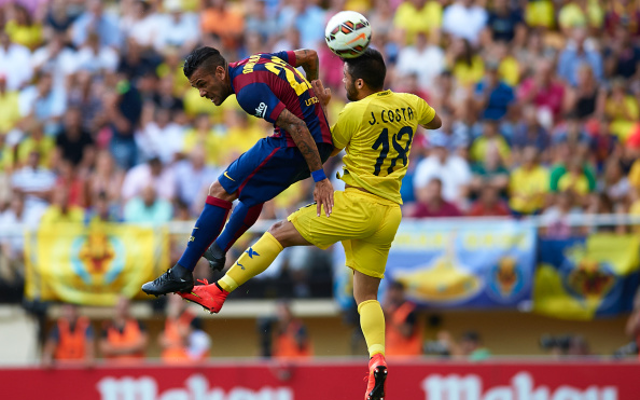 Chelsea are one of a host of sides who are said to be on ‘red alert’ as Barcelona look to sell Dani Alves in January according to the Daily Star.

The 31 year old’s Nou Camp contract expires next summer and no new deal will be offered to the Brazilian and the right-back will therefore be made available in January to avoid the prospect of the former Sevilla man leaving on a free transfer.

Alves moved to the Catalan giants in 2008 and has been a pivotal member of the club’s squad ever since, collecting four La Liga winners medals and winning the Champions League on two occasions to boot.

Man United and Liverpool are also said to be keen but high-flying Chelsea may prove the most tempting offer for Alves, not least as the move would team the defender up with fellow countrymen Oscar, Ramires and Willian.

Currently Jose Mourinho used Branislav Ivanovic as his first choice right-back but may feel that Alves could offer him another option for the role.