Some serious performances needed tonight from a struggling Liverpool side.

A season to forget so far for Liverpool. After losing their last three league games they currently lie 12th in the Premier League. They take on Ludogorets tonight in a Champions League clash they really have to win to boost their chances of making it into the knockout rounds. We take a look at the five players with a real point to prove against the Bulgarian side. 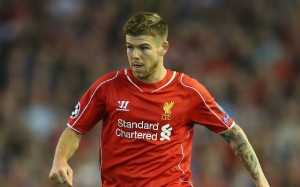 If the young Spaniard is indeed back in the Liverpool starting XI tonight he needs to show Brendan Rodgers why playing Glen Johnson out on the left, in Moreno’s position, should no longer be an option.

The left back has shown sporadically why Liverpool splashed out £12 million on him in the summer but his mistakes have proved costly this season, most notably dawdling on a clearance at Newcastle. The Reds will be wanting an assured and mature performance from their young full back tonight.