Football legend Ronaldinho and rap legend Snoop Dogg have been snapped together.

The picture only adds to rumours that Ronaldinho is entering the music business, after images of him in a recording studio were released last month.

We think he should probably stick to playing football! 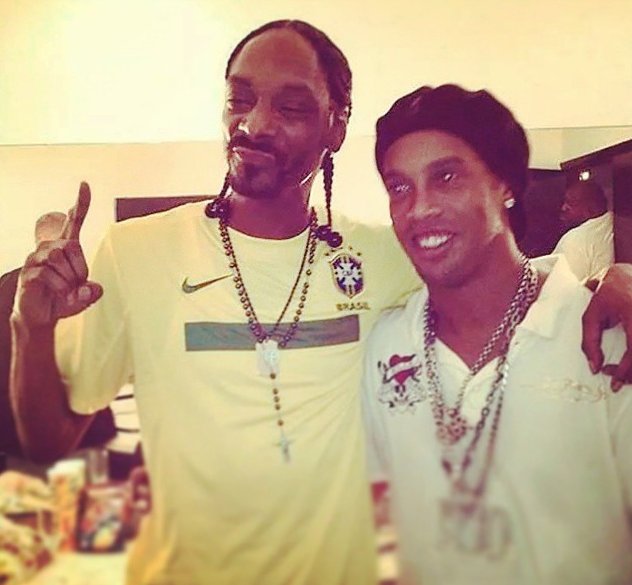