Simulation and exaggeration were the main topics of the weekend in the Premier League.

West Ham United’s James Tomkins attempted to get Everton’s Kevin Mirallas sent off on Saturday by falling to the ground holding his face, after the Toffees forward had pushed him in the chest.

There was more of the same on Sunday when Hull City’s Gaston Ramirez was shown a red card for tamely swiping out at Tottenham Hotspur’s Jan Vertonghen, who was criticised for going down dramatically.

We all condemn such acts of simulation, but – be honest – we love it when it gets a player sent off against our team.

Here, we embrace some of the best rule-benders in Premier League history…

Who is your favourite?

6. Didier Drogba (Chelsea) – Did not invent faking injury, but he mastered the art. At his brilliant best, Drogba would often convince us all that his death was imminent, only to score a brilliant goal moments later. 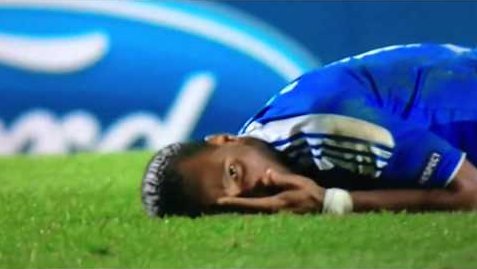