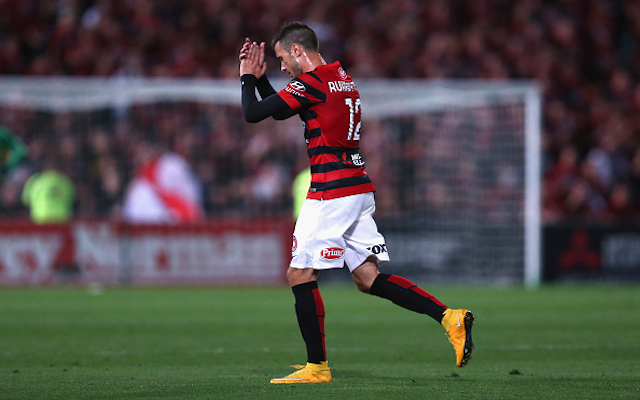 The Australia international says it’s only a matter of time before the Wanderers are back to their best.

Western Sydney Wanderers winger Nikita Rukavytsya says the mood in the dressing room is still positive despite his side’s winless start to the A-League season.

Rukavystsya joined from German side Mainz 05 last month and is yet to taste victory with the Asian Champions League winners.

However, the Ukraine-born attacker says it’s only a matter of time before the tide begins to turn in favour of the Wanderers.

“It’s great, nothing has changed,” Rukavytsya is quoted as saying by AAP.

“Performances are there, we’re playing some good football and improving.

“It will not take long before the ball starts going into the back of the net and we’ll get a few points.”

Rukavytsya is expected to start for the Wanderers on Saturday when they take on arch-rivals Sydney FC in the much-anticipated derby.