Wenger looking at Premier League pair and two others this January.

The Gunners have been in poor form at the start of this season, though they eased the pressure on their under-fire boss last night with a convincing 2-0 win over Borussia Dortmund to secure qualification to the knockout stages of the Champions League.

Still, with the victory being married by an injury to club captain Mikel Arteta, Wenger’s side are worryingly short of options in the defensive midfield department at the moment, and will surely be looking to address that when the transfer window opens in the new year.

Defence is also a concern for the Gunners, and it is being reported that these are the four players the north Londoners have in mind to come in to the club this winter: 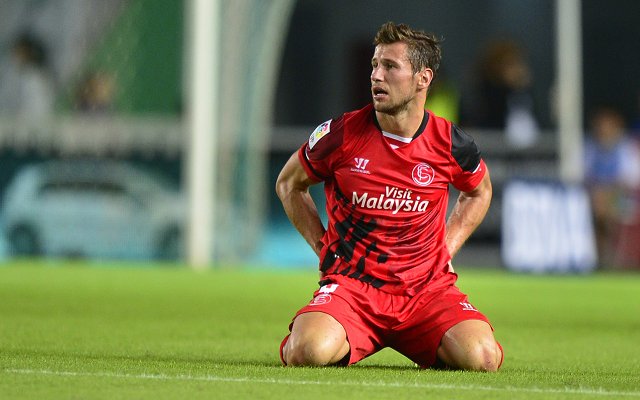 Linked with a £20m move to Arsenal this January, Sevilla’s Polish midfielder Grzegorz Krychowiak has caught the eye with some commanding midfield displays in La Liga this season, and could make the ideal replacement for the injured Arteta in that crucial part of the pitch.