Dortmund stars show fans what their support means to them.

Sometimes, small gestures can go a long way in football. With players earning incredible amounts of money for what they do, fans can often feel detected from their heroes, so it’s great to see that some players haven’t forgotten who they really owe their gratitude to.

Although they had already qualified for the last 16 before kick off, Dortmund suffered another bad defeat in London in a season where they are struggling big time in the Bundesliga.

Around 4000 fans made the journey from Dortmund to London, and made an amazing noise throughout the 90 minutes despite losing.

At the final whistle, the Dortmund squad went over to thank the supporters and show them that their support is very much appreciated, even though things on the pitch didn’t go according to plan. 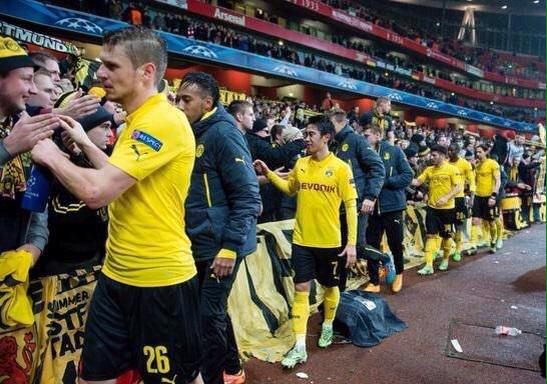 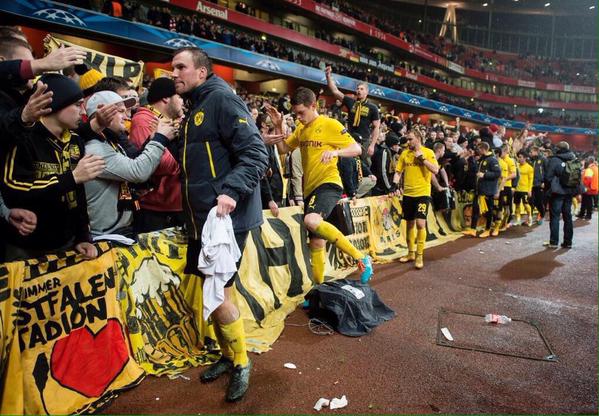 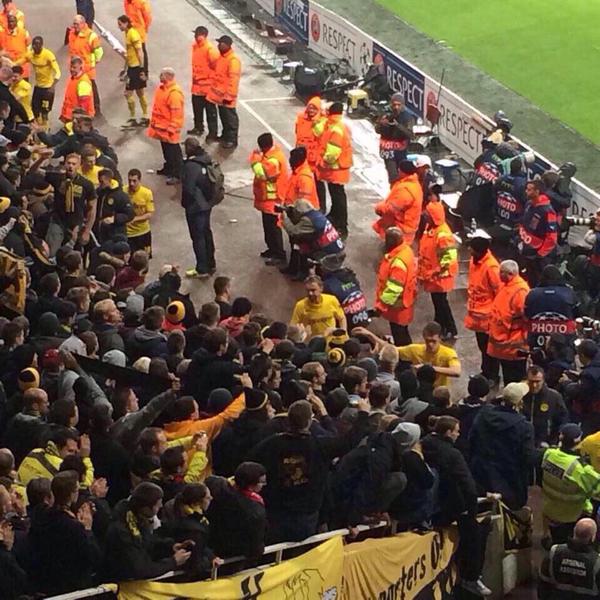