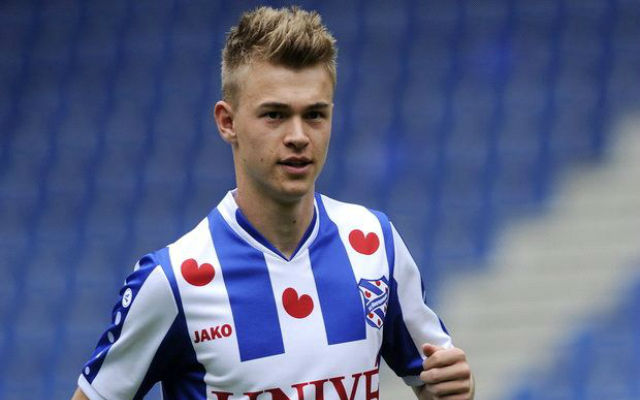 Liverpool and Manchester United are being tipped as the main contenders to win the race for Heerenveen youngster Daley Sinkgraven next summer, according to the Daily Star.

The immensely talented 19-year-old has made a great impression in his short career so far, and his fine performances in the Eredivisie have seen him compared with Liverpool great Steven Gerrard.

With the Reds skipper coincidentally nearing the end of his career at Anfield, it could be that Sinkgraven would make the ideal like-for-like replacement for the 34-year-old in Brendan Rodgers’ side.

The promising young Dutchman looks like a player ready to make the step up to a bigger club, and he has been tipped to do so by one of his current team-mates, Marten de Roon.

It remains to be seen if the Premier League will in fact be his next destination, but it is expected that Liverpool and United will be the main contenders to win the race for his signature, with both sides desperate to bring in some quality in the middle of the park.

With the Dutch influence of Louis van Gaal at Old Trafford, it could be tempting for Sinkgraven to pick a move to United, though whichever side earns Champions League football for next season could also play a decisive role.