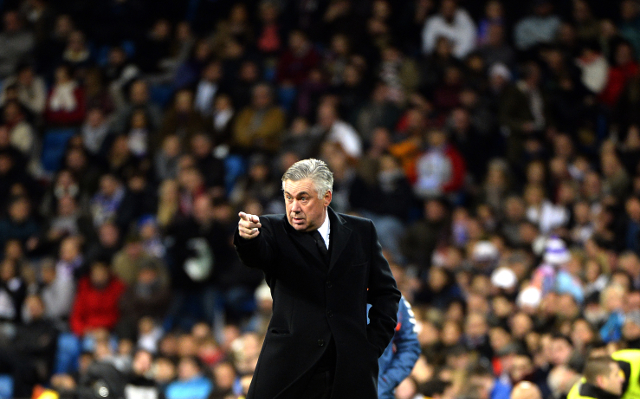 Los Blancos’ coach claims Swiss side will get result at Anfield.

Real Madrid boss Carlo Ancelotti has stoked the fire ahead of Liverpool’s crucial Champions League tie with FC Basel by claiming the Swiss side are a better team than the Reds.

The reigning European champions clinched top spot of Group B last night, winning 1-0 at St Jakob Park to achieve a 15th successive victory in all competitions.

However, Ancelotti says he fully expects Basel to still qualify for the Champions League last 16.

“I think Basel are currently better than Liverpool,” the former Chelsea manager was quoted by Goal.

“I see a small advantage for Basel for the last round.”

As Liverpool drew 2-2 away to Ludogorets Razgrad, FC Basel simply need to avoid defeat when they visit Anfield in two weeks time to secure automatic qualification to the next round of Europe’s elite competition.

Following a terrible run of form, which see’s them lie 12th in the Premier League, the Reds narrowly avoided a fourth straight European defeat by drawing away in Bulgaria.

The Merseysiders went behind early due to a Simon Mingolet howler, but recovered with well taken goals from Rickie Lambert and Jordan Henderson to lead at half-time.

Yet it was another late goal conceded for Liverpool and that’s the sixth time in all competitions this season that they’ve lost a lead after the 85th minute.

Brendan Rodgers’ side will meet FC Basel at Anfield on December 9th.