As a team, Arsenal have not been great in the Premier League this season, but one player has made huge improvements…

England midfielder Alex Oxlade-Chamberlain has featured in all 12 of Arsenal’s Premier League games.

The 21-year-old has been one of the Gunners’ top performers.

Check out these stats, which show just how much the Ox has improved since last season. 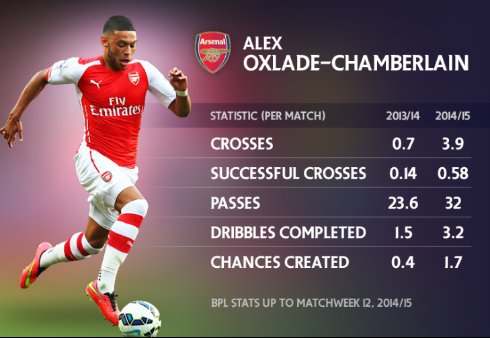