CaughtOffside counts down the ten greatest midfielders in history, with two former Manchester United stars lagging behind Real Madrid’s cult hero, who has been dubbed by many as the greatest ever. Tell us your top 10 in the comments!

Every day this week will be uploading our definitive top ten lists. Make sure to come back at 11pm tomorrow evening, when we’ll bring you the definitive top 10 forwards EVER – including Lionel Messi and Cristiano Ronaldo. 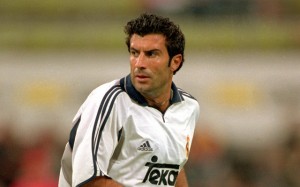 Played for Barcelona, Real Madrid and Inter Milan in a glittering career that saw him win eight league titles and the Champions League. Renowned for his creativity and an unwavering ability to get past defenders at ease.