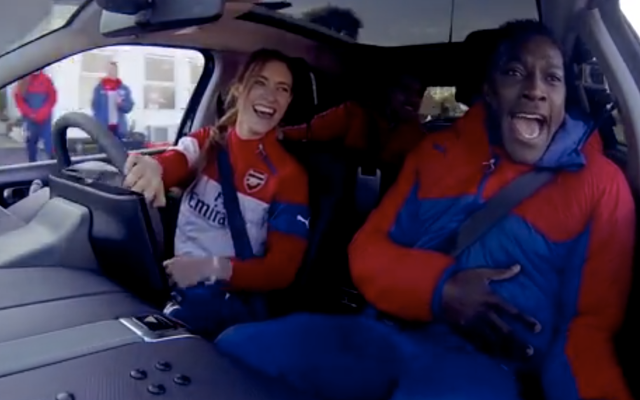 The Gunners trio were taken to what they were told was a parking challenge.

After showing off their driving skills, Welbeck, Ramsey and Cazorla became passengers, as stunt driver Annalese Ferrari took the wheel.

The lads were told by Arsenal Ladies stars Alex Scott and Jordan Nobbs that Annalese was one of their teammates and that she had only recently passed her driving test.

That made Welbeck rather cocky, but not for long…