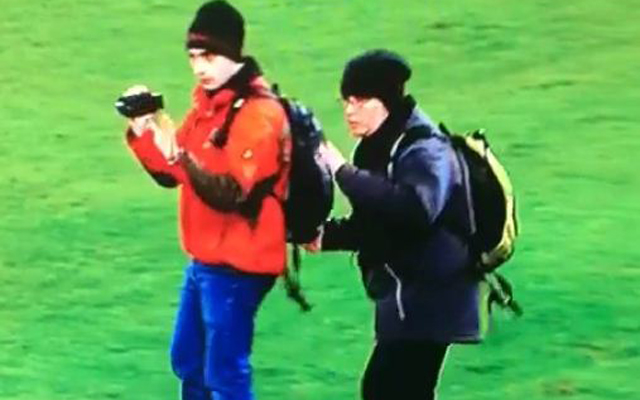 We’re use to pitch invasions being unplanned and even ugly affairs, but this Swiss couple were anything but, as they attempted to get up close and personal with their heroes during Basel’s Champions League defeat to Real Madrid.

The duo stood calmly in the middle of the pitch, filming the game with a handheld camera, before obediently shuffling off as they were approached by one amused looking steward. See the incident below: