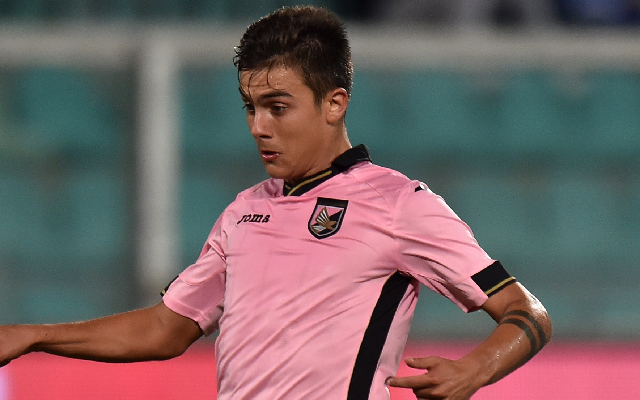 Gunners lining up a move for Paulo Dybala.

Arsenal are considering a move for in form Palermo attacking midfielder Paulo Dybala, report the Daily Star, with the young Argentine having dazzled with his displays for the newly promoted Serie A club this season, to the point that enigmatic owner Maurizio Zamperini believes that he can be “better than Ronaldo and Messi”.

It has taken time for Dybala to adapt to Italian football since Palermo brought him over from Argentina is a teenager, but along with 20 year-old striker Andrea Belotti, he has provided the spearhead for a side who have taken to life back in Serie A like ducks to water, picking up the notable scalp of AC Milan at the San Siro before the international break.

Dybala is so highly rated by Zamperini and Palermo that they have slapped a huge £31 million price tag on his head to deter any January bidders, although Dybala’s head could be turned by the promise of a move to one of Europe’s biggest clubs.

Whether Arsenal are willing to part with such a significant sum to secure another attacking midfield remains to be seen, however, but the Gunners would be snapping up one of the most exciting young talents in world football right now.