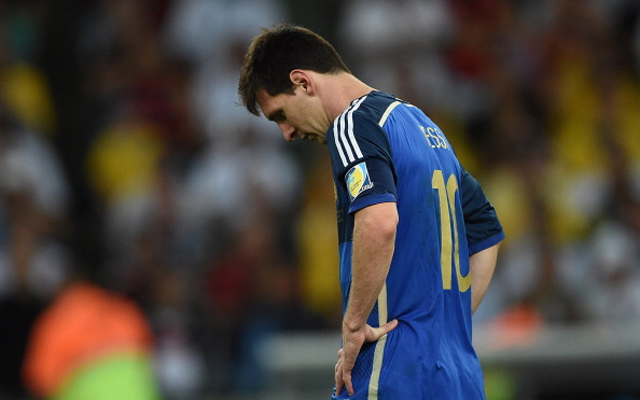 Argentine TV station DirecTV have claimed that Lionel Messi could be in line for a sensational summer transfer to Chelsea, according to reports by Spanish news website AS.

AS quotes DirecTV journalist Fabián Godoy as saying: “If Barcelona does not win anything this season, Messi would go to Chelsea.”

Rumours have been circulating over the past few weeks about Messi’s unhappiness at the Catalan club with the Daily Express claiming this week that the Barcelona superstar wanted to join Chelsea in a £200 million deal.

However, this is the biggest inclination so far that Messi could actually be on the move from Spain.

The article from AS suggests a number of reasons why the Argentine would want to leave the Spanish giants including his recent tax troubles.

Messi, according to DirecTV, believes that Barcelona didn’t adequately defend him when he was reprimanded by Spanish tax authorities and felt attacked in the Catalan press.

The move would be partly financed by Messi’s sponsor Adidas. The sports company, says AS, would provide money to Chelsea for the transfer to ensure a key Adidas sponsored club would have the brand’s biggest superstar on the books.

Godoy also claimed that the relationship between his and Cesc Fabregas’ wives would influence the move.

Despite Messi breaking both Champions League and La Liga goalscoring records for the Catalan giants this week, there are continual reports of Messi’s unhappiness.

This looks like a story that’s going to run and run until the summer.