CaughtOffside counts down the ten greatest forwards in history, two Brazilian World Cup heroes feature along with Argentina’s greatest ever player, and modern greats Cristiano Ronaldo and Lionel Messi. Tell us your top 10 in the comments!

Every day this week will be uploading our definitive top ten lists. Make sure to come back at 11pm tomorrow evening, when we’ll be closing out the working week with the definitive top 10 dribblers EVER. 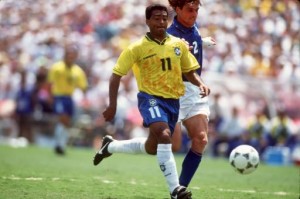 He is one of the few players that scored more than 1000 goals. He was the striker of Barcelona’s dream team during the early 90’s that was coached by Johan Cruyff. He won the World Cup with Brazil in 1994, winning the golden ball for best player.