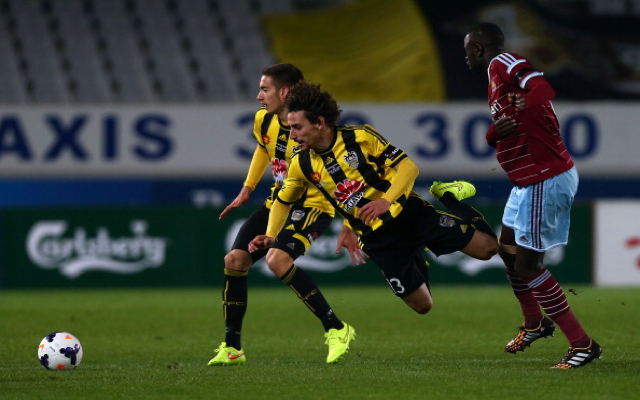 Star Spanish import Albert Riera has committed to the Phoenix.

Wellington Phoenix has re-signed star Spanish midfielder Albert Riera on a two-year deal that will take him to the end of the 2016-17 season.

Riera says that even if he had interest from rival A-League clubs, he never had any intention to leave the New Zealand club.

“The Phoenix gave me an opportunity I never expected and there is no way I would have turned my back on the club,” Riera said.

“From the moment I arrived in Wellington the boys made me feel at home and they are now all my friends.”

Riera feels Phoenix boss Ernie Merrick is building something special at the club and says he wants to be part of it.

“Ernie is so honest with you and doesn’t beat around the bush,” the midfielder said.

“He has put in place a reserve side and an academy and brought in some fine young players.

“They are skillful and full of energy and it is important that they train with the senior players who they can learn off.

“It isn’t only good for the young players but also the senior ones as it is good to have someone pushing you so you can’t take things for granted.

“We are all aware that they are just waiting for the chance to show Ernie what they can do.”