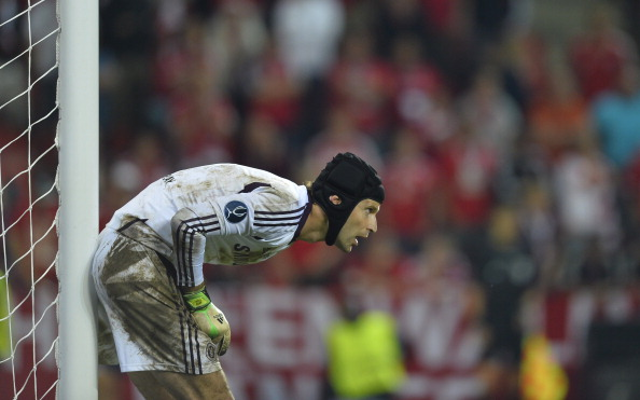 Milan to sign £7m star ahead of Gunners this January.

AC Milan have been linked with a move to sign Chelsea goalkeeper Petr Cech this January as Arsenal look to have dropped out of the running, according to the Daily Mirror.

The Blues shot-stopper has fallen out of favour at Stamford Bridge this season and is likely to look for a new club when the transfer window re-opens in January, with Thibaut Courtois now the undisputed number one for Jose Mourinho’s side.

Cech remains one of the world’s best goalkeepers and could make a great signing at just £7m, and it is now expected that he may join up with former Chelsea team-mates Fernando Torres and Michael Essien at the San Siro this season, despite rumoured interest from Arsenal in recent times.

Arsene Wenger appeared to rule out a move for the Czech Republic international, despite recent reports suggesting that he would be looking for an upgrade on the likes of Wojciech Szcsesny and David Ospina in goal.

Milan are also in need of improvements in that position after an unconvincing start to the season from summer signing Diego Lopez, who joined the club on a free transfer from Real Madrid.