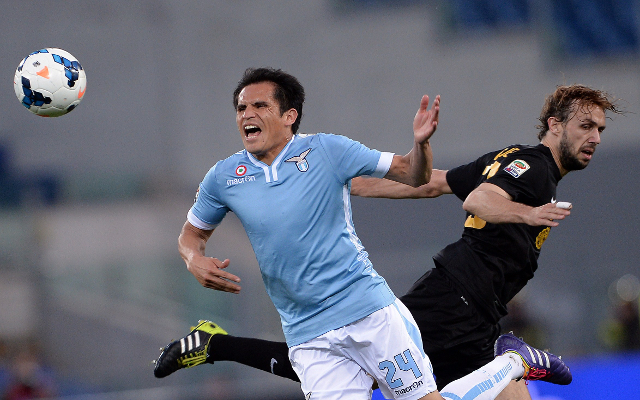 Interest in the 32 year old will certainly come as something of a surprise but the player’s agent has publicly confirmed Arsene Wenger’s pursuit of the Argentine born Italian international.

Ledesma is out of contract next summer and as such would be available ‘on the cheap’ in January but is clearly not a long term prospect and Wenger isn’t well known for signing players in the latter stages of their careers.

Lazio signed Ledesma in the summer of 2006 and he has gone on to be an excellent servant for the Stadio Olimpico side, racking up 296 appearances for the club but has only made one Serie A start this term.

Ledesma is a strong tackling midfielder but one wonders quite what he would offer Arsenal, even in the short term and a move from the Premier League side would certainly be something of a surprise and unlikely to be the type of signing that would appease the club’s fans.