Arsenal will be in confident mood following their 2-0 win over Champions League rivals Borussia Dortmund, and will be hoping for an equally dominant win over Premier League side West Bromwich Albion.

With injuries still taking it’s toll on the squad, the starting XI practically picks itself. With a couple of players facing late fitness tests however, as well as Laurent Koscielny returning from injury, Arsene Wenger will have a couple of decisions to make.

Here is how we think Arsenal will line up against West Brom: 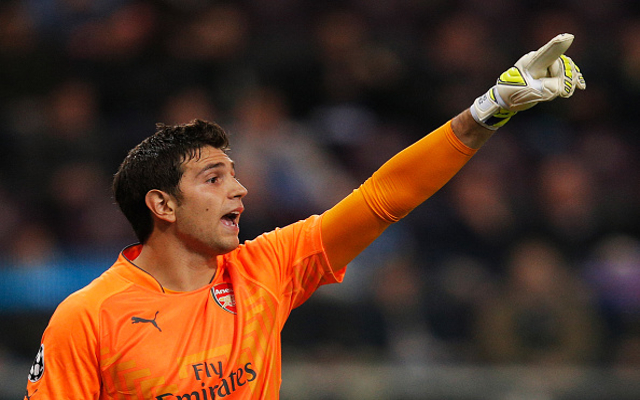 With Wojciech Szczesny and David Ospina out injured, Martinez is the only option Arsene Wenger really has. He performed well against Borussia Dortmund midweek, although was never really truly tested.

The former Southampton man has been excellent this season, and looks to be improving all the time. With Mathieu Debuchy still a couple of weeks away, Chambers is sure to start at right-back once again.

The German hasn’t been at his best this season, but it has been important for Arsenal to have some stability; injuries resulting in an ever changing back line being a serious problem.

Although his ability as a centre-back is often called into question, the Spaniard was superb against Dortmund. Laurent Koscielny is back in contention, but Arsene Wenger may not want to rush his compatriot back into action.

Gibbs has been a stand-out player for Arsenal this season, and has easily been one of the most consistent players. When fit there is no question over who is the first choice left-back.