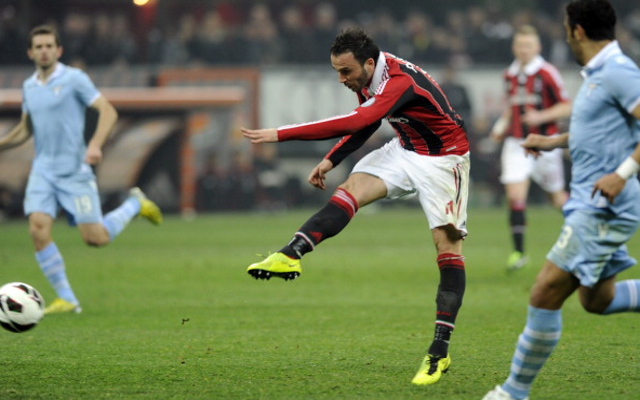 Burnley have been linked with an ambitious attempt to land AC Milan forward Giampaolo Pazzini according to CalcioMercato.

The 30 year old Italian international hasn’t started a Serie A fixture this term with loaned in Chelsea man Fernando Torres being paired frequently with Stephan El Shaarawy and as such may be considering his options.

A move to Turf Moor would be a real statement of intent and could help Sean Dyche’s side to keep the right side of the relegation zone.

Pazzini has been something of a journeyman footballer in Italy having had spells at Atalanta, Fiorentina, Sampdoria, and Inter Milan before switching to AC in August 2012.

The experienced forward has netted 19 goals in 62 appearances for the Rossoneri.