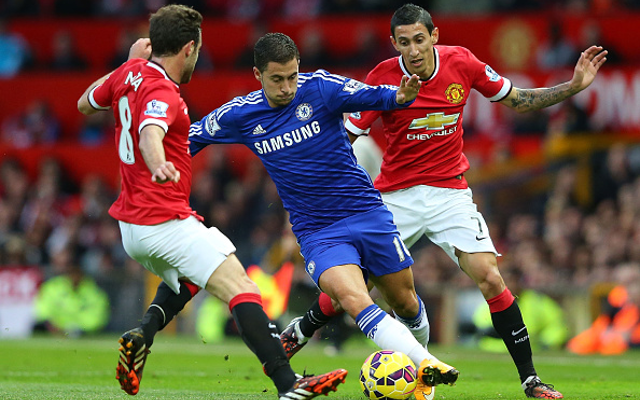 Luckily, he’s talking about the Invincibles side of 2004!

Chelsea forward Eden Hazard has said that it is dream to emulate Arsenal’s invincible side of 2004 as the Blues look to continue their domination of the Premier League this weekend, according to the Daily Star.

The Blues are currently unbeaten after 12 games so far this term, and are sat six points ahead of Southampton in second place.

Their formidable form has triggered talk that they could match the achievements of the Arsenal 2003-04 side, who went the entire campaign unbeaten on their way to securing the Premier League crown.

However, where manager Jose Mourinho has been quick to play down such talk, star player Eden Hazard has said that their achievements of ten years ago is something they should look to copy.

“Twelve league matches unbeaten is good but we want to make it more,” he said.

“We are a very good team this season. Everyone wants to be champions and why not unbeaten?

“It’s a good dream if we can stay until the end of the season with zero defeats.

“It’s not the most important thing, we just want to play and win games and be in first position at the end.

“We all came back fresh from going away to play with the international teams.

“Everyone wants to play and to win every game. The season is not finished, it’s still long.

“We have to play the same way as we have been if we want to be champions.”