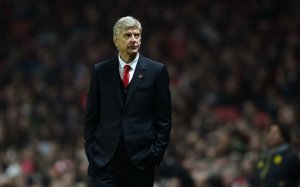 Do Arsenal need a Isco? They already have plenty of attacking talent – Mesut Ozil and Alexis Sanchez both arrived in big money deals over the course of the previous two summers, and the competition for places is already fierce with the likes of Santi Cazorla, Aaron Ramsey, Alex Oxlade-Chamberlain and Theo Walcott pushing for an inclusion.

If Arsene Wenger has money to spent, he needs to focus further back. Having sold Thomas Vermaelen to Barcelona, they are still short on defensive cover for Per Mertesacker and Laurent Koscielny, with Nacho Monreal and Calum Chambers regularly covering so far this season.

Defensive midfield is also an issue, with Mikel Arteta struggling with injuries, and Mathieu Flamini the only remaining contender for the holding role. Rumoured targets such as William Carvalho and Sami Khedira would surely bring more to their side than another attacking flair player.