Numbers show United and England skipper is on fire this season.

Wayne Rooney has been influential for club and country this season, both in terms of goals and what he brings for his teammates, and the numbers after just 13 games are beginning to reflect that.

Admittedly, the graphic below is now slightly out of date, considering he has just played and scored against Hull, the numbers are now stretched, but nevertheless, he has gotten off to a flyer.

With ten goals in his first 15 games, Rooney has only scored more in the same amount of matches in the 2011/12 season where he bagged himself 13.

Clearly, the hot headed forward is enjoying the responsibility of having the captains armband. 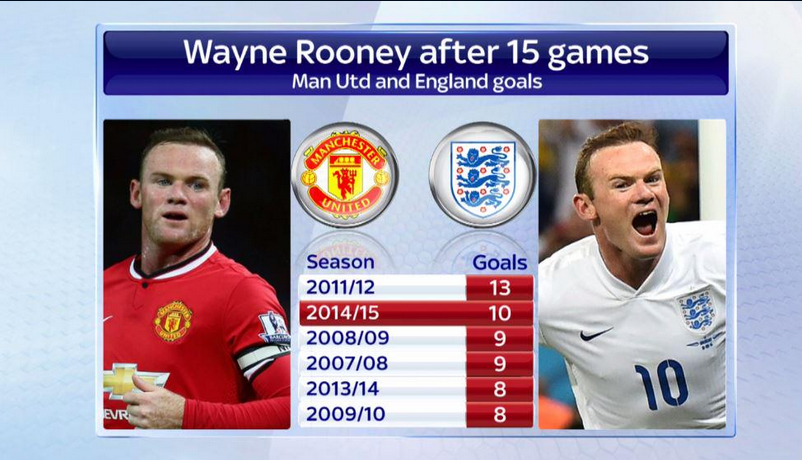