This image from Marca shows Carlo Ancelotti’s current strategy with the team: rotate the defenders and the goalkeeper and keep the rest of the side constant. This is alien to football fans in Britain, who have been raised on the idea that the back 5 should remain as a solid unit as often as possible. 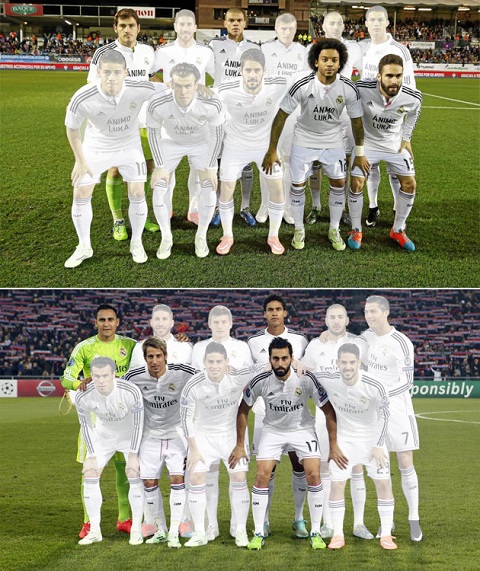