To celebrate his illustrious career, which has seen him lift one Champions League, one UEFA Cup, two FA Cups and three League Cups, Liverpool have plastered Gerrard’s image all over their programme for this afternoon’s Premier League game against Stoke City at Anfield.

Not including today’s game with Stoke, Gerrard has played 686 games for Liverpool, scoring 175 goals.

His current contract expires in June 2015. 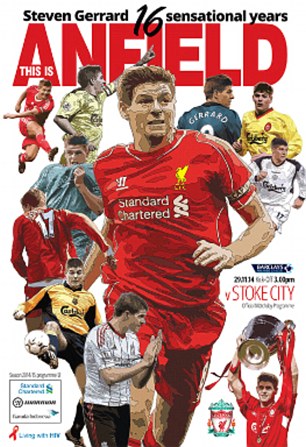