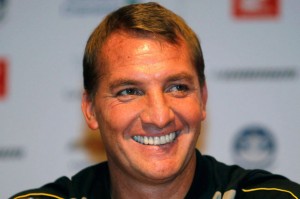 Brendan Rodgers continues to hold an “inherent, absolute belief” that Liverpool will qualify for next season’s Champions League by finishing in the Premier League’s top four.

The Reds have lost their last three Premier League games on the bounce, and have taken just four points from their last 15, but they are still only five points off the top four.

“I have an inherent belief that we can still make the top four,” Rodgers said. “Absolutely. I know what we are all capable of here.”