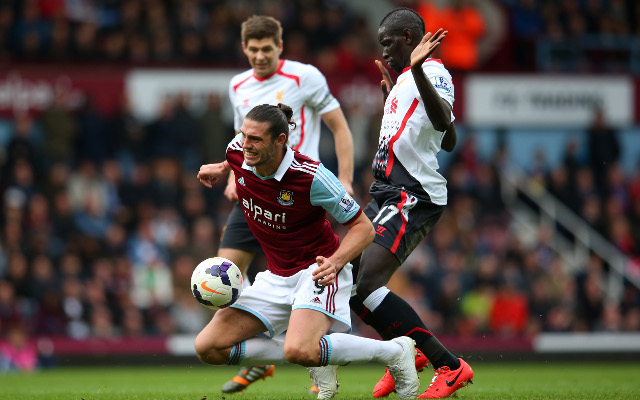 Speculation linking Andy Carroll with an emotional return to St James’ Park is set to increase following confirmation from Magpies boss Alan Pardew that such a move interests him according to the Daily Mirror.

The 25 year old has struggled with injuries in recent seasons and could struggle to retain a foothold in the West Ham starting eleven when he returns to full fitness and a move back to Newcastle United may interest the England international.

Newcastle United sold Carroll to Liverpool in a £35m deal almost four years ago and it’s fair to say his career hasn’t panned out all that well ever since.

Asked if he could imagine Carroll returning, Alan Pardew said:

“I think he would, and I hope he does come back to his home town. He has got that love here.

“I really enjoyed working with Andy. I think he’s a terrific player. I know we get linked with him, which is always probably going to happen whether it’s me or another manager. So I’m not going to hide from the fact that I like him. I think he’s a good player.

“I’m pleased that he’s fit and not injured, as that’s been his biggest problem since he left us.

Since leaving Newcastle United Carroll has managed just 71 Premier League starts and has racked up 15 goals in the process.