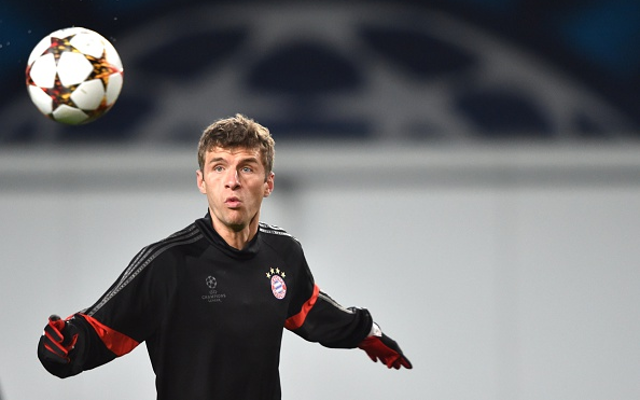 The German international is regarded as one of the best attacking players in world football at the moment, having shone for Bayern and for his national side to help them to a whole host of major honours in recent years.

Still, Bayern seem unlikely to sell one of their best players anytime soon, with Muller rising up through their youth system and establishing himself as a fan favourite at the Allianz Arena.

Real are known for bringing in some of the biggest names in world football in big-money transfer moves, and the 25-year-old World Cup winner certainly fits the bill.

This would come as a major blow for United, who have reportedly identified Muller as a possible replacement upfront for the struggling Robin van Persie next season as Louis van Gaal looks to continue his habit of big spending since taking over at Old Trafford.

It is likely that Bayern would want a player in exchange if they ever did consider selling Muller, though it remains to be seen how far this proposed move will actually go.