CaughtOffside counts down the ten greatest dribblers in history, including Barcelona’s Lionel Messi and Manchester United legend George Best. Flick through the list below to see if your favourite makes the list. If you’d like to suggest someone who was left out, feel free to comment below! 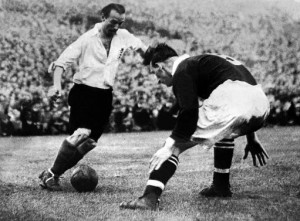 Matthews was so well known for his great dribbling skills that he gained the nickname “the wizard of dribble”. The iconic star had great balance and a near perfect sense of timing. Pele once said Matthews was “the man who taught us the way football should be played.”.