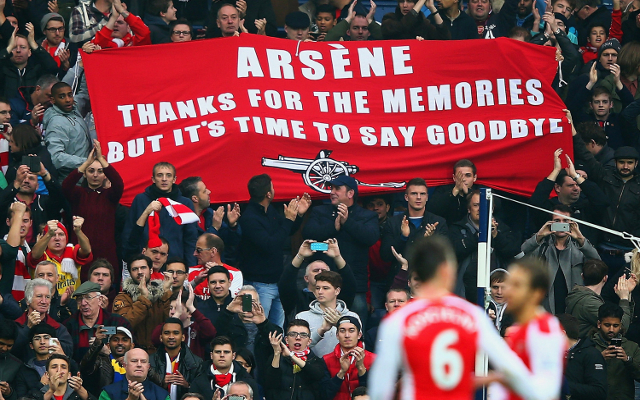 Arsene Wenger reacted angrily to incessant questions regarding a banner produced by Arsenal fans calling for the Gunners boss to leave the club.

talkSPORT claims Wenger did take well to being questioned about the banner which was in full view during his side’s win away at West Brom on Saturday.

“I need to say it again? I don’t comment on your question.”

Arsenal have responded well following their home defeat to Man United last weekend, with wins and clean sheets secured against Borussia Dortmund and West Brom and Wenger was understandably keen to make this point during his post-match press conference.

“It has been an extremely important week.

“There is always one way to respond [to pressure], on the football pitch, and that is what we did.”

Wenger will however expect to be the subject of intense scrutiny for some time to come as his side are still well off the Premier League title pace and even a top four spot isn’t looking a foregone conclusion at present with the north London side sit in sixth place after securing just five wins from their opening 13 top tier fixtures.