Everybody’s favourite Instagram WAG, Alice Goodwin – the wife of former Liverpool and Arsenal winger Jermaine Pennant – was at it at again today, albeit in slightly more withdrawn fashion that usual. There’s still plenty to be admired however, as you can see below: 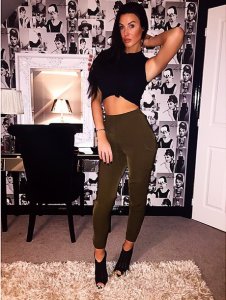