Rodgers gets serious with bad-boy Balotelli 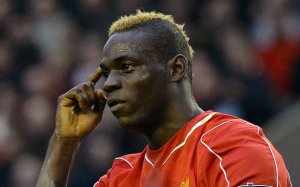 Reports have emerged of a clash between Liverpool manager Brendan Rodgers and striker Mario Balotelli. The Reds boss was forced to tell the Italian forward to get himself to bed just hours ­before a Champions League game in Switzerland.

The Daily Mirror claim that the hotel incident is just one of a string of episodes that have left Balotelli’s days at Liverpool numbered – with the star finally ­driving Kop boss Rodgers close to ­complete distraction.

Behind-the-scenes events that have left Rodgers ­realising the signing of £16m Balotelli from AC Milan was a major ­mistake, and is undermining his own position. Balotelli has scored just two goals so far this season.