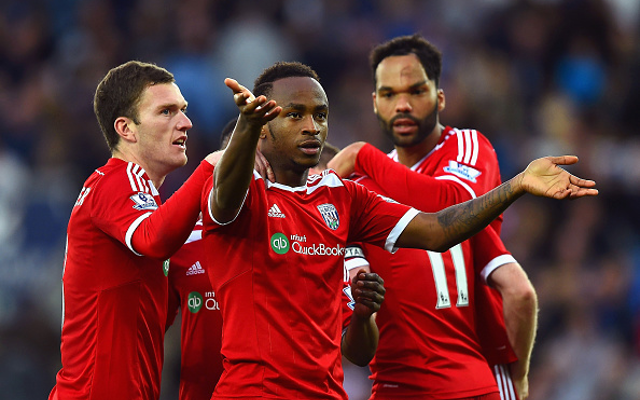 Saido Berahino’s attitude is a concerning one according to retired footballer Stan Collymore, and the Englishman needs to make sure he takes advantage of the opportunities available to him, reports the Mirror.

The West Bromwich Albion striker was spotted inhaling nitrous oxide last season, and now has been arrested for drink driving at 110mph.

21-year-old Berahino looks to be teetering on the edge already, and could find himself going off the rails if he doesn’t fix his attitude soon.

The youngster has been in fantastic form for the Baggies, netting seven goals in 13 appearances this season already. He needs to realise that he hasn’t reached the pinnacle just yet however, and his career could still take a nasty turn in the wrong direction.

Reportedly a target for both Liverpool and Tottenham, it may serve him better to stay with West Brom a little longer. It is unclear whether he is capable of handling star status just yet, and a few bad decisions could destroy him at this early stage.

There are fears that he could end up like Ravel Morrison, an ex-Manchester United player with undeniable talent. Morrison’s attitude has seen his career take a nosedive, sold to West Ham before being farmed out on loan with three different Championship sides.