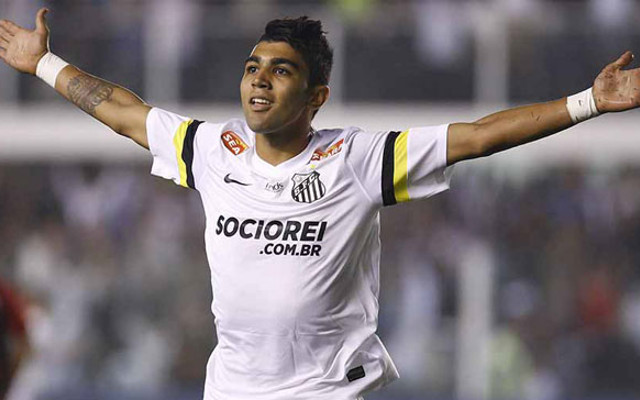 Manchester United are reportedly among the clubs interested in signing Santos’ exciting young forward Gabriel Barbosa, who has been compared with Barcelona and Brazil star Neymar.

Spanish source Fichajes.net reports that United are hoping to rival Real Madrid for the 18-year-old attacker, with the Bernabeu side perhaps the favourites to win the race for his signature at the moment.

Inter Milan and AC Milan are also mentioned as possible suitors for Gabriel, who has scored 22 goals in just 63 appearances for Santos, whom Neymar also started his career with before his big move to the Nou Camp.

Gabriel is also a regular for Brazil at Under-20 level, and looks destined for big things after becoming the latest exciting Brazilian youngster to burst onto the scene.

United are known for competing for the world’s best talent, and have a history of bringing through top class youngsters, so they will be hoping that they can tempt the player to snub Real’s Galacticos for a move to Old Trafford to continue his development.

Still, the European champions are being tipped to move quickly to sign the teenager ahead of the other various clubs competing for him at the moment.