Breaking the club transfer record – something that thrills supporters and, in the Premier League, usually signals the arrival of a global superstar – but does splashing the cash ever work?

When you consider the list of record signings made by the twenty Premier League clubs, the number that have enjoyed success are surprisingly low. Is it the pressure that’s getting to them? Or are they overpriced from the outset?

CaughtOffside ranks the Premier League’s record signings in order of success and details what went wrong or right: 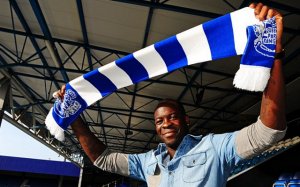 Samba was meant to be the man to keep QPR in the Premier League in 2013, but that plan spectacularly backfired as the Congo international made ten forgettable appearances before being sold back to former club Anzhi.