Arsenal are in desperate needs of midfield reinforcements, who will be the answer…

Arsenal’s pursuit of a central midfielder looks likely to heat up as we approach the January transfer window, as manager Arsene Wenger looks to beef up a squad depleted by injuries.

The latest rumours link the Gunners with a £16m move for Everton’s Republic of Ireland midfielder James McCarthy, with the 24-year-old believed to be ready-made for their team. However, he’s far from the only option.

With Arsenal having recently lost both Mikel Arteta and Jack Wilshere to potentially long-term injuries, CaughtOffside analyses six potential candidates for Wenger to chase in the New Year. 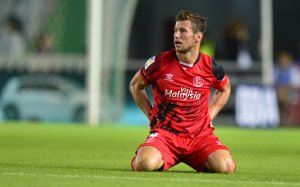 Poland international who joined the Spanish side this summer from Reims in France. Despite his summer switch, rumours of the 24-year-old potential move to Arsenal have continued to circle, although you have to think Sevilla would demand a hefty price.