Steven Gerrard ranks among world football’s out of contract XI…

The future of Liverpool captain Steven Gerrard looks increasingly uncertain as discussions over a new contract drag on. Reports in the Daily Mail confirm that the 34-year-old former England captain’s deal expires in the summer, when he could leave on a free transfer.

However, he’s far from the only world football superstar out of contract in 2015. CaughtOffside counts down an all-star line-up of out of contract players, available for free next summer, and on pre-contract in just four weeks time: 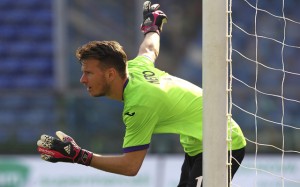 Brazilian goalkeeper who was rumoured to be interesting Liverpool this summer, was part of his country’s Olympic team in 2012.